For nearly 20 years, radio programmer Bob Parlocha was the music director of the Bay Area’s venerable KJAZ, as well as the host of the station’s crown jewel program, Dinner Jazz. What started as a one hour pick up shift on saturday evenings in 1978, soon blossomed into the station’s most popular and profitable show. Mr. Parlocha’s Dinner Jazz not only established KJAZ as one of the most innovative and popular jazz stations of all time, it also succeeded in the rare task of attracting a non-jazz radio audience to the station. Dinner Jazz was a sonic fixture in the Bay Area giving rise to Parlocha’s reputation as a master programmer of the format but more importantly, it served as a brilliant working example of how jazz music could be presented to the public at large and succeed in growing the audience as well as the revenues. 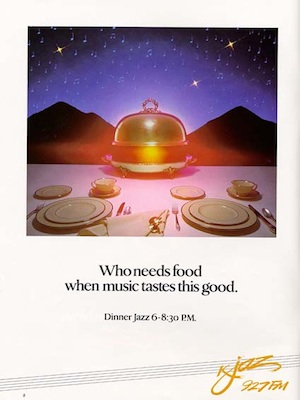 Following the demise of KJAZ in 1994, the famed DJ ventured into syndicating a mainstream jazz show titled Jazz with Bob Parlocha which is still active and carried by numerous stations across the country. Though Parlocha has never been approached about syndicating his signature Dinner Jazz show, he still has his mellow groove on as you will hear in this exclusive Jazz Online podcast. Listen as the legendary jazz radio host talks about his KJAZ gig, the art of programming and the story behind his famous Dinner Jazz offerings. – JV